In typical high-rise commercial buildings in moderate climates such as that of New York City, over 50% of the annual electricity consumption is used for space cooling and heating (Kontokosta,
2007). Most of the cooling load in office buildings originates from solar heat gain on the building envelope. To date, passive solar heat gain and loss has been overlooked by researchers. Yet controlling solar radiation is important to reducing building energy consumption. Admittedly, ETFE membranes are increasingly being used in architecture in everything from extensive roofing to façade systems, due to their transparency and light weight. Research proposed by Park (2016) developed a lightweight and low-energy dynamic thermal insulation (DI) system for tall building envelopes. The system consists of a series of air cavities divided by ETFE membranes with a Low-E coating. The still air captured within the air-tight cavities functions as thermal insulation material, and radiant barrier films reduce radiant heat transfer through the air spaces. This system has the potential to save energy throughout the year because of its ability to consider seasonal variations. Importantly, the system is flexible enough to adequately adapt to future climate changes. By taking one representative future weather scenario as an example, the present parametric study was carried out on a DI system to investigate the adaptive building envelope and its impact on building performance. The results illustrate the effectiveness of the proposed envelope system with various U-values of heating and cooling load reductions, along with additional mitigation of the carbon footprint. 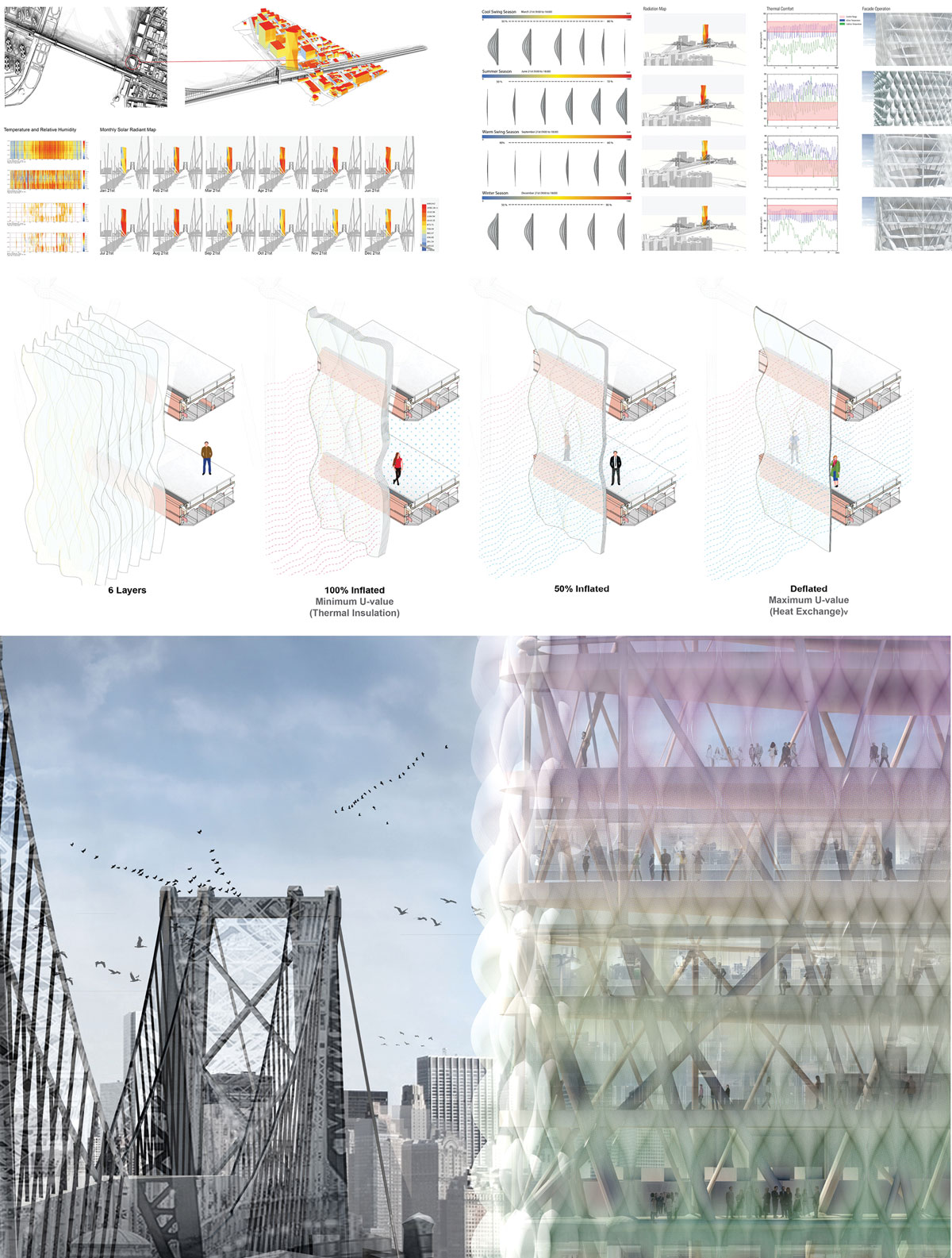