This research investigates a 3d printed flexible joint based on the geometry and kinematics of the human synovial joints. The human synovial joint is two separate bones that move against each other and can be found in elbows, knees, hips, and shoulders. Since the bones on these joints rub on each other, the joints are lined with cartilage that absorbs shock and reduces friction. The interface between the two bones is shaped to allow controlled motion and the ligaments and muscles actuate the bones. The proposed joint uses similar principles to allow controlled motion: the 3d printed joints are designed for specific motion (e.g. rotation, swivel, bend) and the interface geometry controls the behavior of the joint; the elastic band holds the joints together and allow it to lock in various positions. The resulting joint has the capacity to not only achieve various types of motion but also lock in multiple positions. The degree of motion and strength of the joint can be customized via joint interface geometry and elasticity of the band. 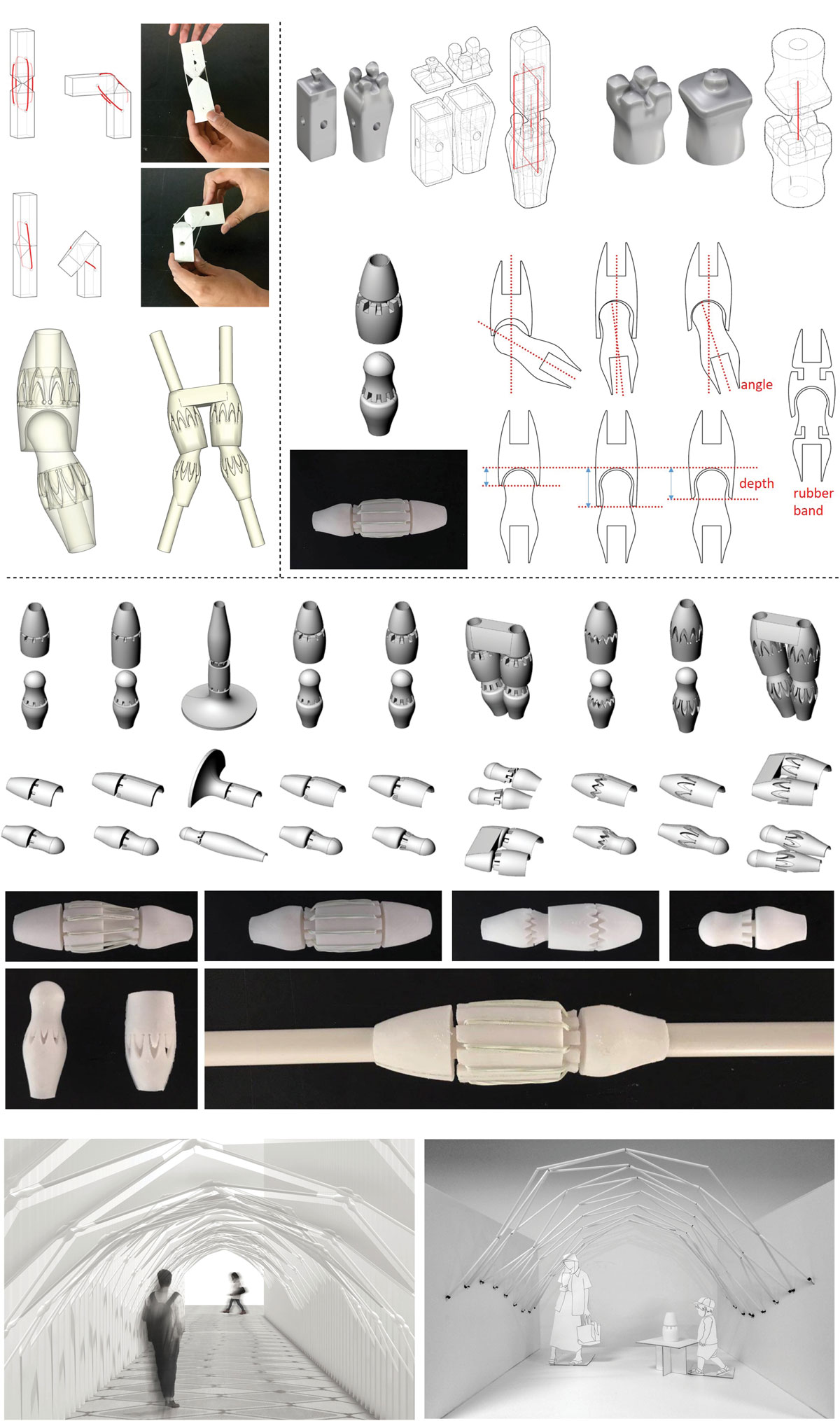