Gosan-dong, as a modern neighborhood, is the consequence of a recent rapid urban development. Similar to other “new town” developments in Korea and throughout Asia, it too, has the inherent discontinuity of the sense of community and loci between the past and the present. Our proposal attempts to mitigate this by creating a community library that respect the present context and usage of the site as well as setting a concrete foundation for the future development of the neighborhood. The current site was developed as a community park and children’s playground. The Dalgubeol Boulevard on the North of the site provides a strong urban setting, but at the expense of high level of noise from the traffic. The site is occupied by a broad spectrum of people throughout the day, ranging from children, teenagers, and senior people, each at different times. The surrounding buildings, which are mainly mixed used buildings with commercial facility on the ground level and residential on the top, had clear presence and activity.

In this context, our main strategy for continuing this legacy of the site being an open public space, is to introduce a courtyard into the heart of the building. This courtyard is essentially a multi-layered public open space which connects directly with the adjacent commercial facilities, linear park, and the Dalgubeol Boulevard. The terraced courtyard enables ample daylight which is regulated seasonally with broadleaf trees and daily with external louvers, into the building.The external monolithic brick façade is intended to have a contrasting relationship with the internal soft and diversified wood louver façade. The mass and the material properties of the brick wall will protect against the noise and direct sunlight from the surrounding environment, which are essential in creating a successful library atmosphere. As mankind had valued knowledge throughout the history attempting to make it eternal, as seen in the painting at Cave of Altamira and writing on rocks in the mountains of Korea, we propose a library that can age gracefully for a long duration of time. The sturdy brick walls will protect the library, allowing it to become a steady anchor for the community to mature, and the soft interior space filled with nature will provide quality public space for the neighborhood. 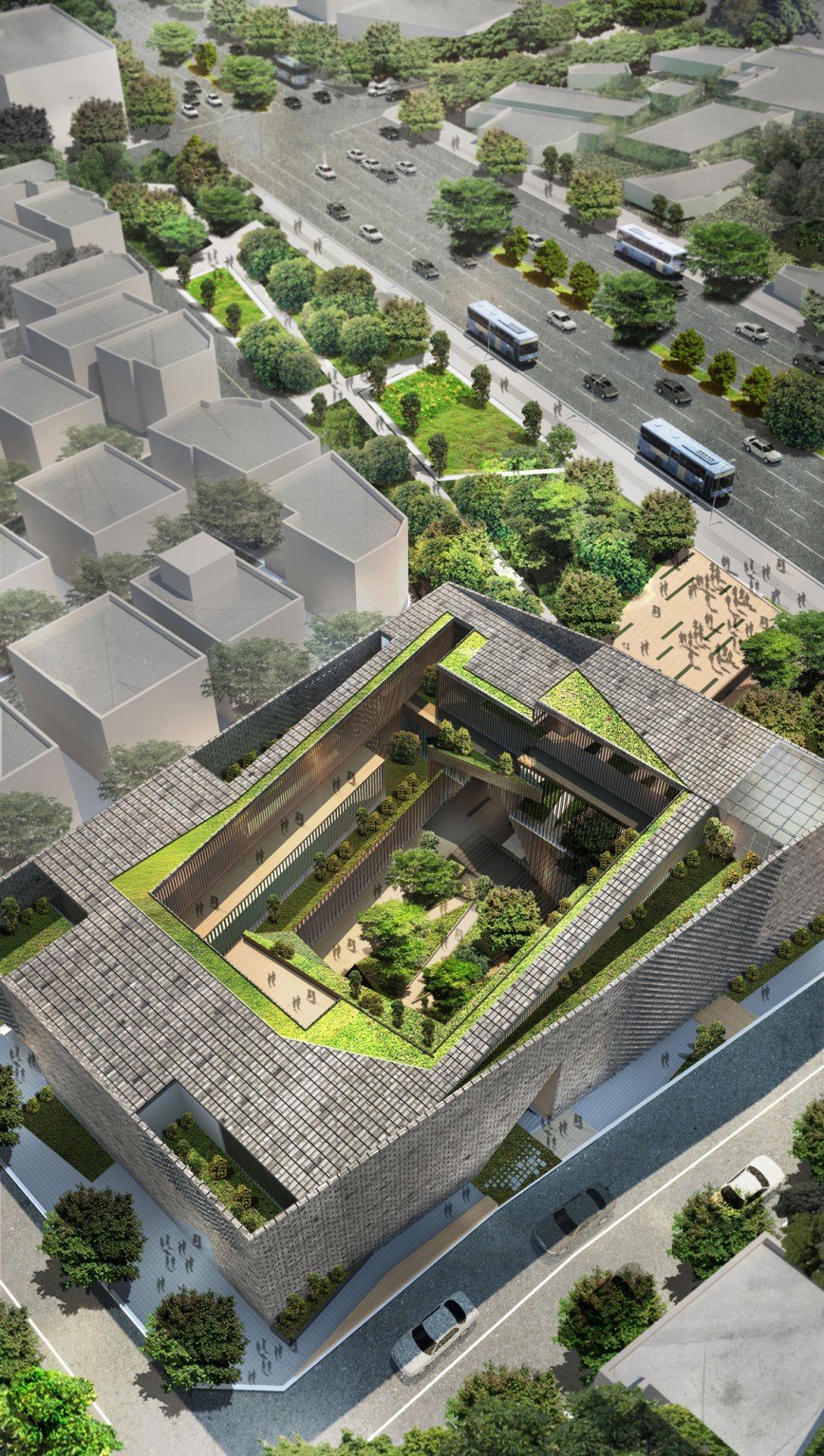 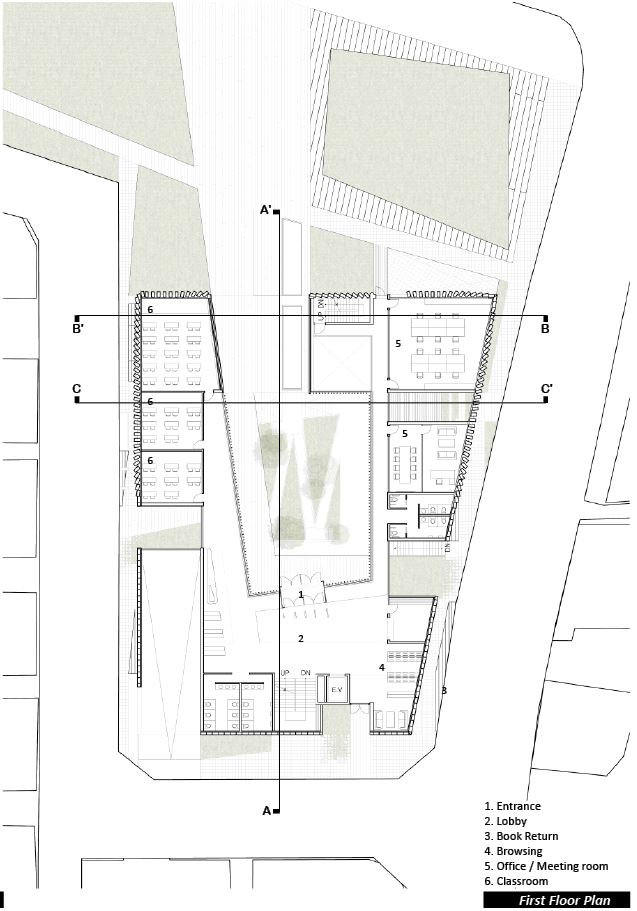 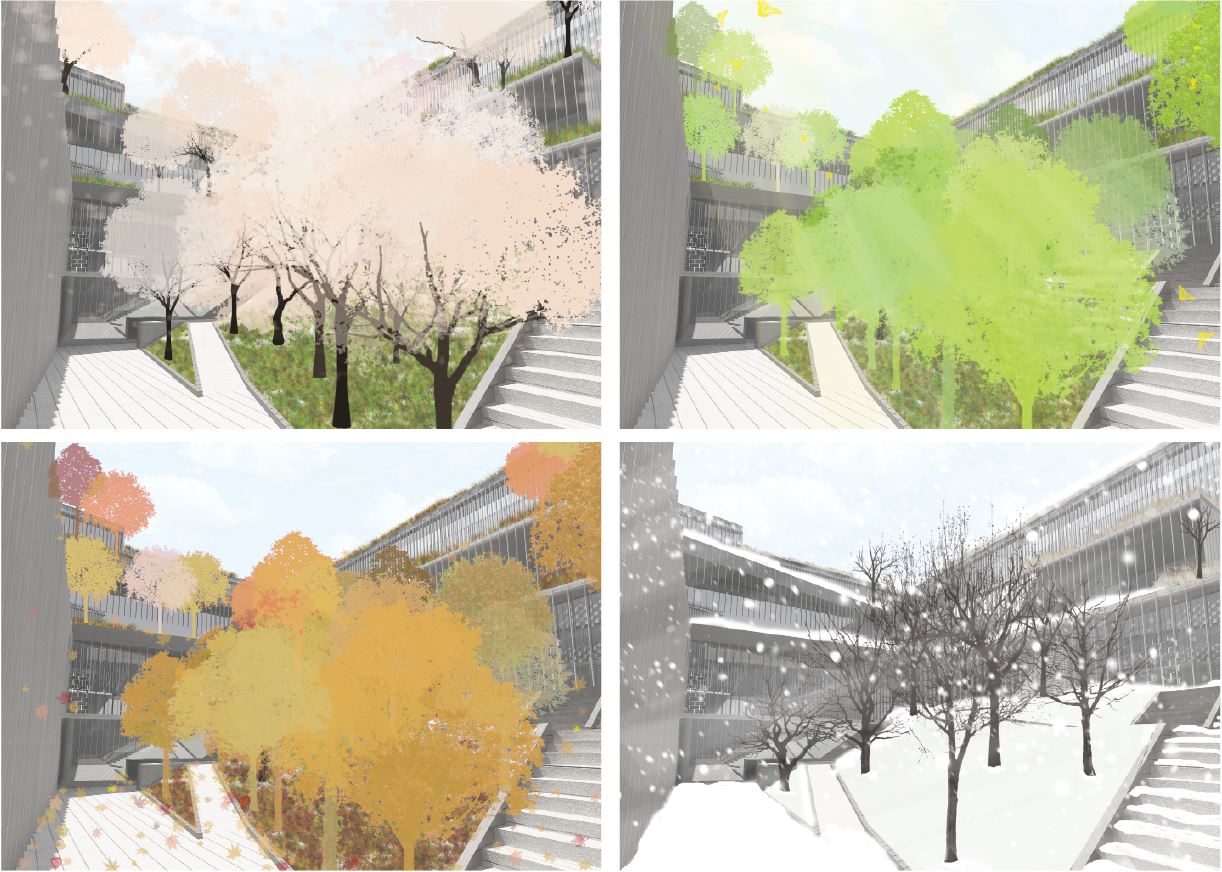 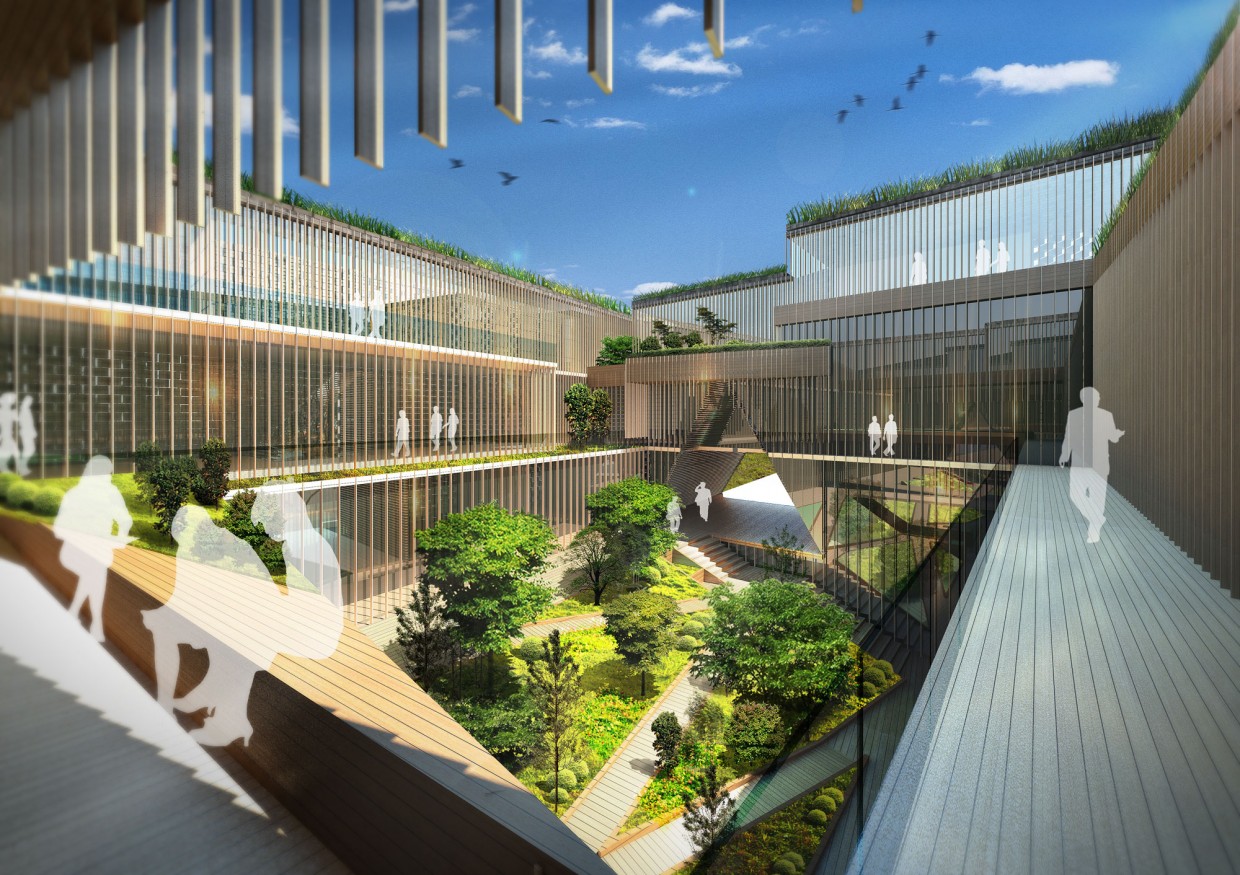