Based on the rich cultural and geographical context of the site, the project strives to answer the following question throughout the design process: “How can the Helsinki Guggenheim Museum physically and symbolically expand its cultural presence beyond the boundary of the building itself towards the city and public realm?” In response to this key question this proposal initiates from a broader urban framework rather than from the museum configuration.

The unique urban context of the site demands a set of calibrated responses to integrate both the waterfront and the cityscape. As part of the Eteläsatama (South Harbor) waterfront development and adjacent to the Olympia Terminal, the site acts as the urban node between a maritime, pedestrian and public transportation axis. Situated between the seaport and park, the proposed museum frames the views toward the major city landmarks and key public spaces. The project is carefully integrated with the existing urban fabric and strengthens the identity of the vibrant cityscape of Helsinki. In order to create a timeless yet active cultural civic space, two core concepts are implemented: To question the privacy and enclosure of a typical museum by proposing a public park knotted around the exhibition space; and a building composition that withstands and takes advantage of the local climate conditions for an optimal sustainable approach.

The ascending public park is conveyed as a linear path spiraling around the exhibition gallery volumes, expanding and contracting to generate a rich set of interconnected semi exterior spaces. Its path initiates from the key locations of the main museum plaza and Tähtitornin vuori park, converge inside the museum, and spiral up to the rooftop terrace. This vertical green promenade will not only provide a glimpse into the galleries but also grant dramatic vistas towards the cityscape. As a result, the experience of art, culture, and the legacy of Guggenheim will expand beyond the confined interior space and into the public realm.

The architectural composition stems from a prismatic geometry that integrates thermodynamic strategies. The building’s increased surface exposure to the south accomplished by rotating the main volume seeks to optimize solar radiation gain. Material selection was based on local products and strategies to reduce carbon footprint, minimize life cycle costs, and increase building mass inertia to reduce the energy consumption of heating. Multiple material layers function as thermal buffers between the predominantly cold outdoor weather and the highly calibrated temperatures of the exhibit spaces. The concrete core of the building containing the exhibition space is the most thermally stable. The park promenade that spirals up between the concrete boxes and the wooden building skin serves as the thermal buffer zone that maintains a temperature between the interior and exterior environment and reduces the rate of heat loss of the otherwise exposed core. The angle and the positioning of the wooden light shelves on the building envelope are defined by the median sun angle at each face and the desired lux level. As a daylight control system, these elements redirect sunlight deep into the building interior space. In relation to water systems, the composition of inclined rooftops allows precipitation harvesting by accumulating and disposing rainwater to reuse in the landscape and grey water structures, and the coastal site of the project encourages the application of ocean thermal energy for seawater cooling/heating. 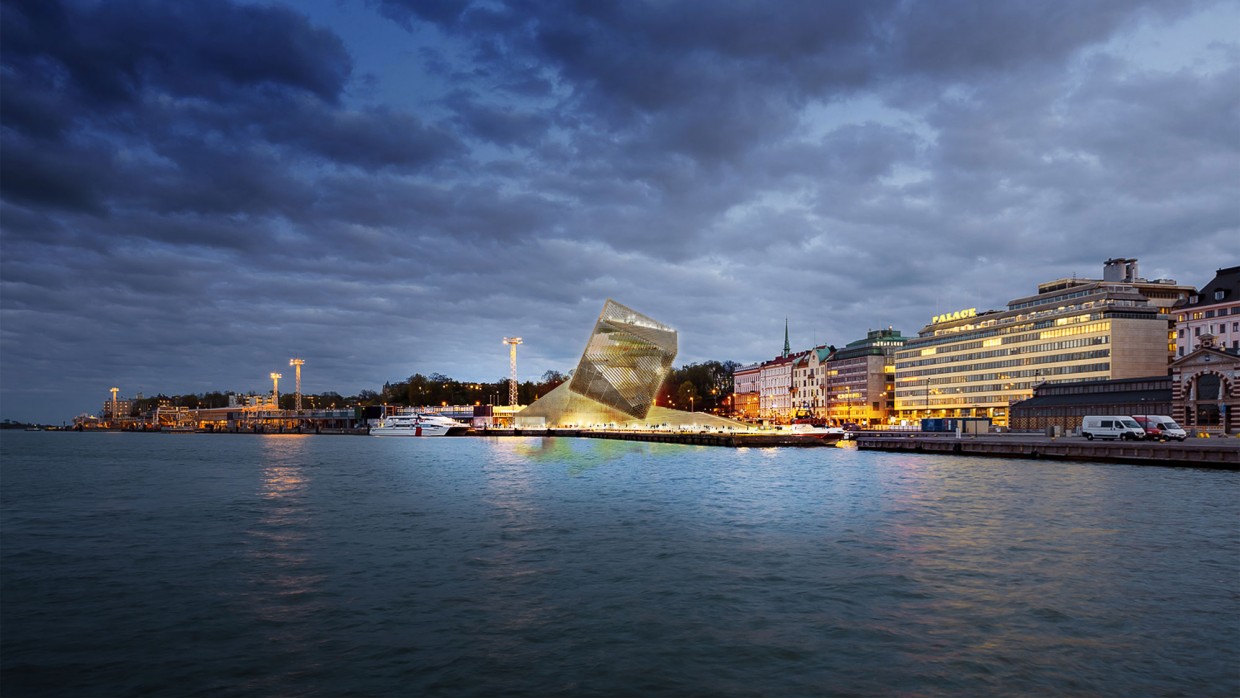 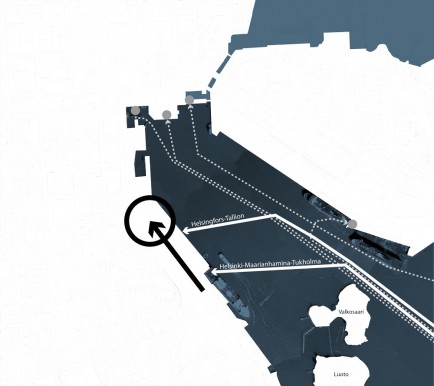 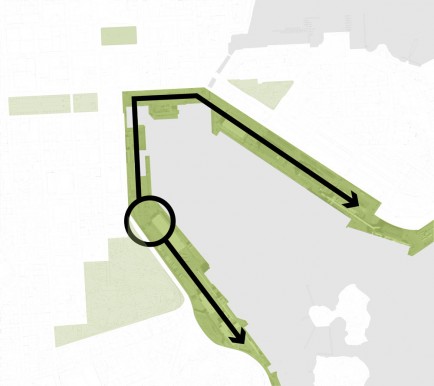 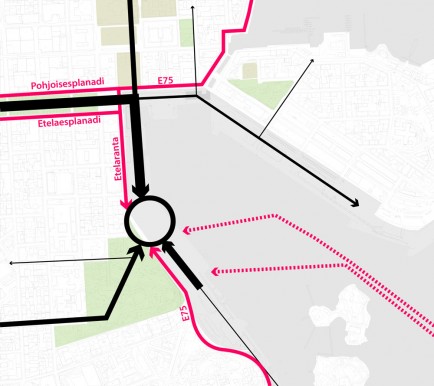 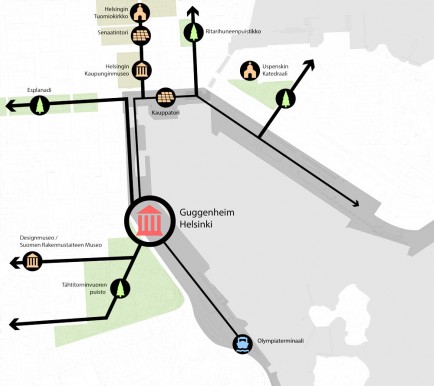 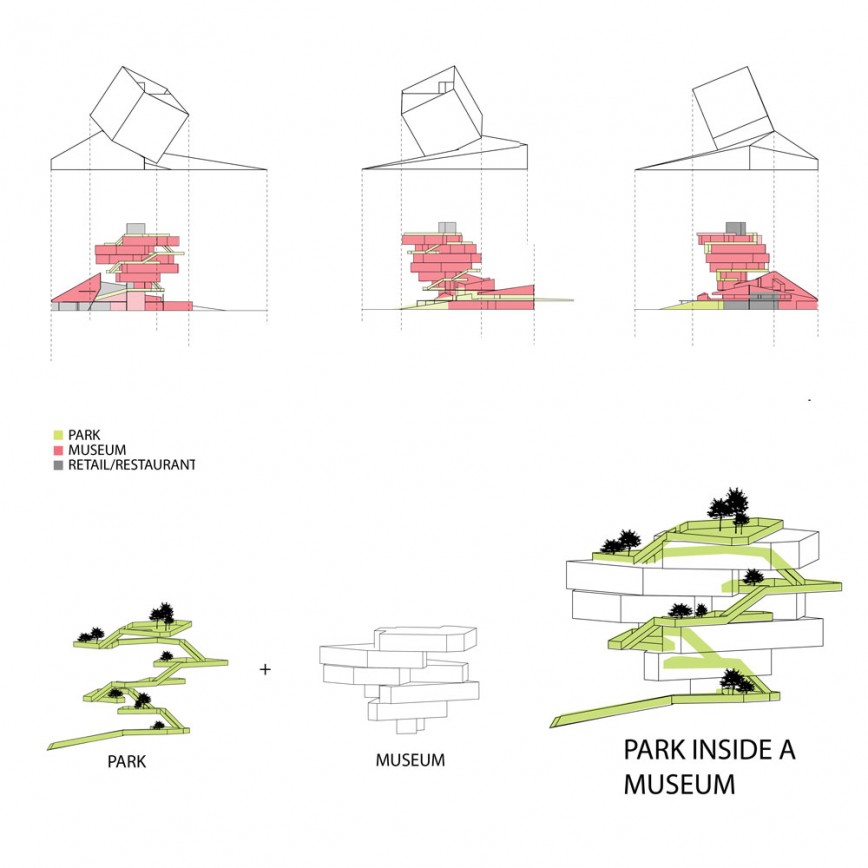 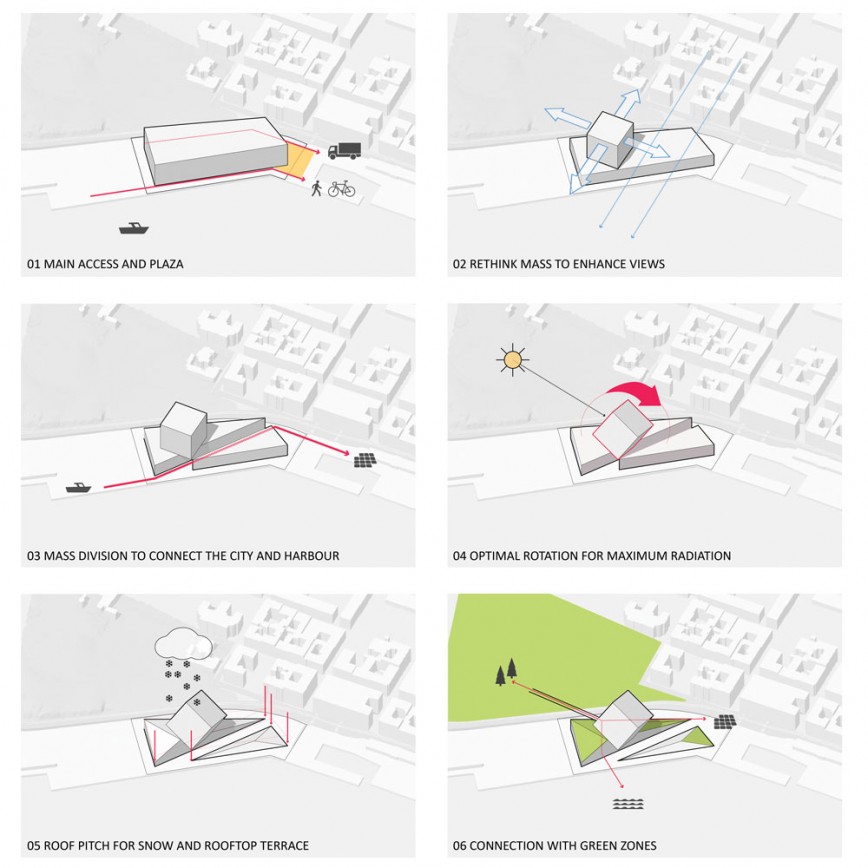 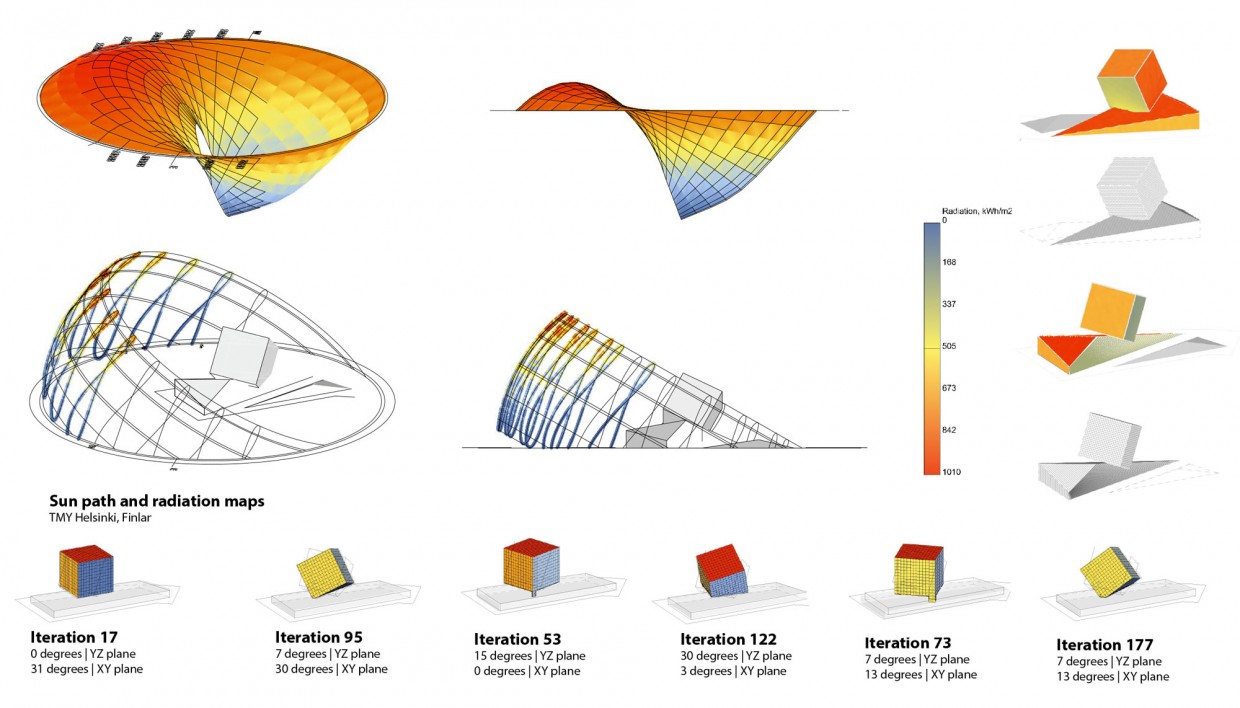 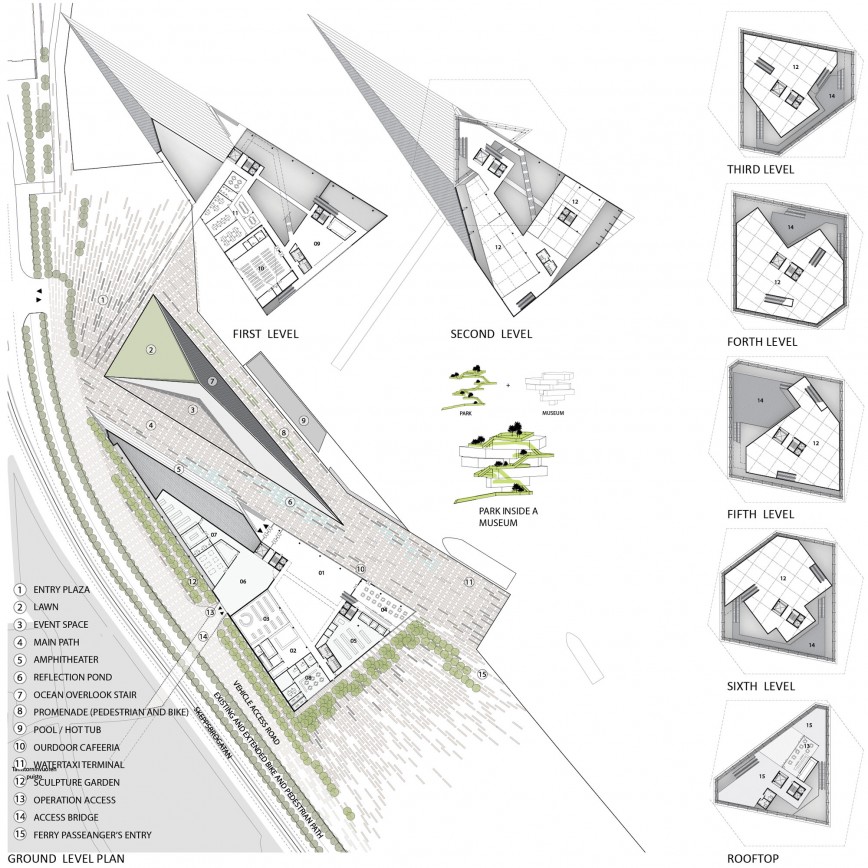 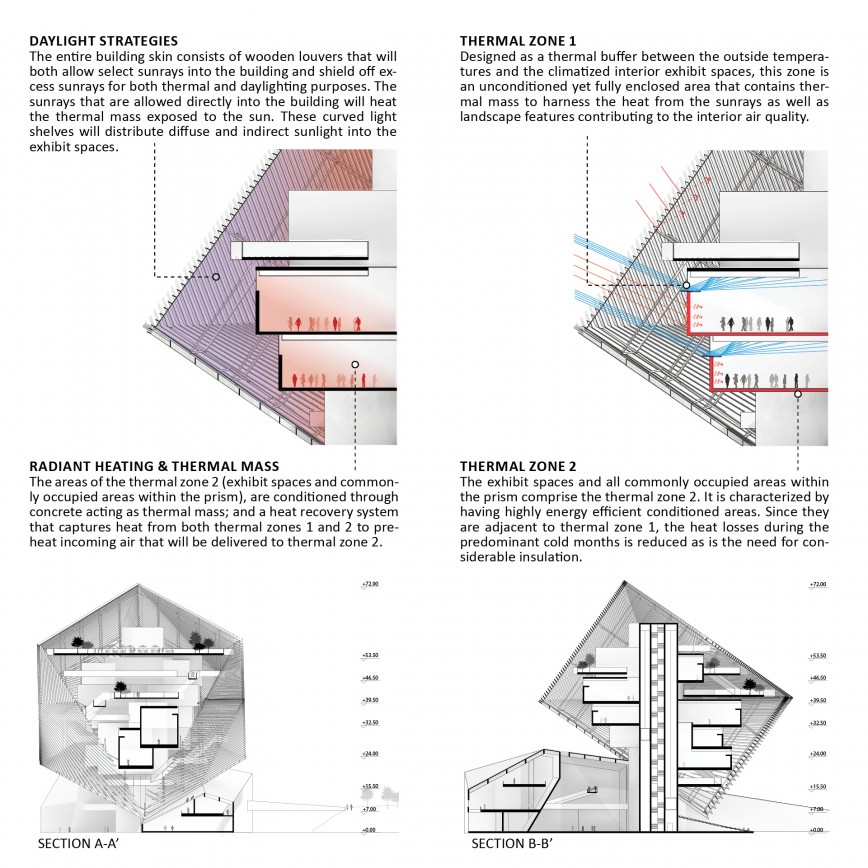 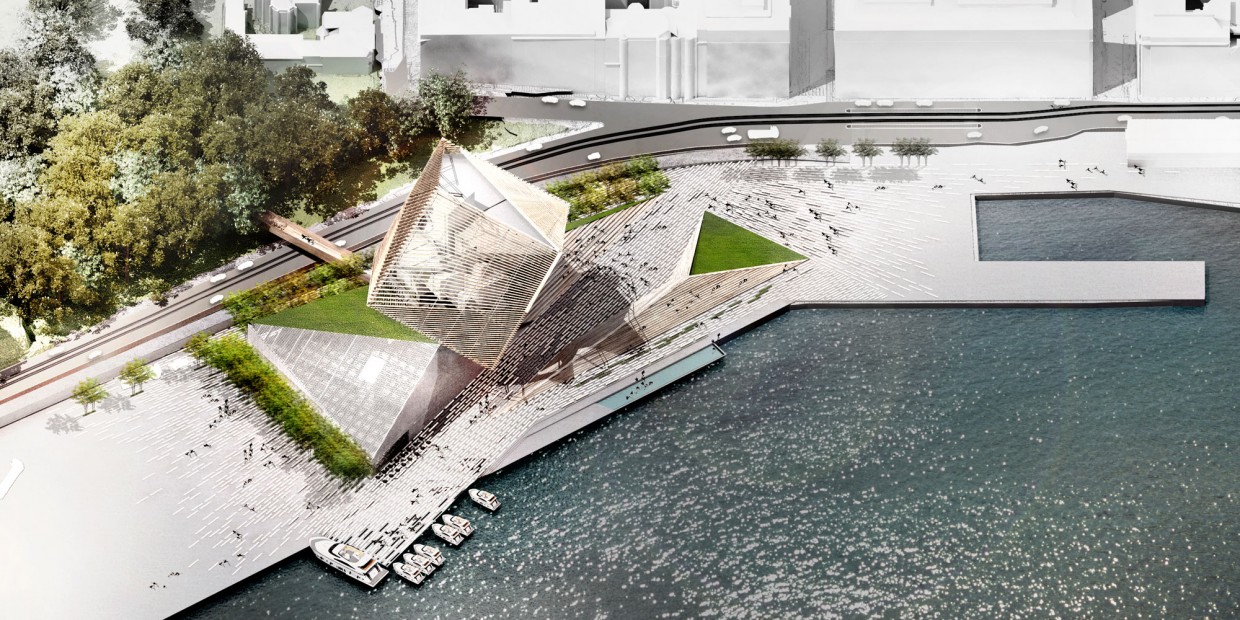 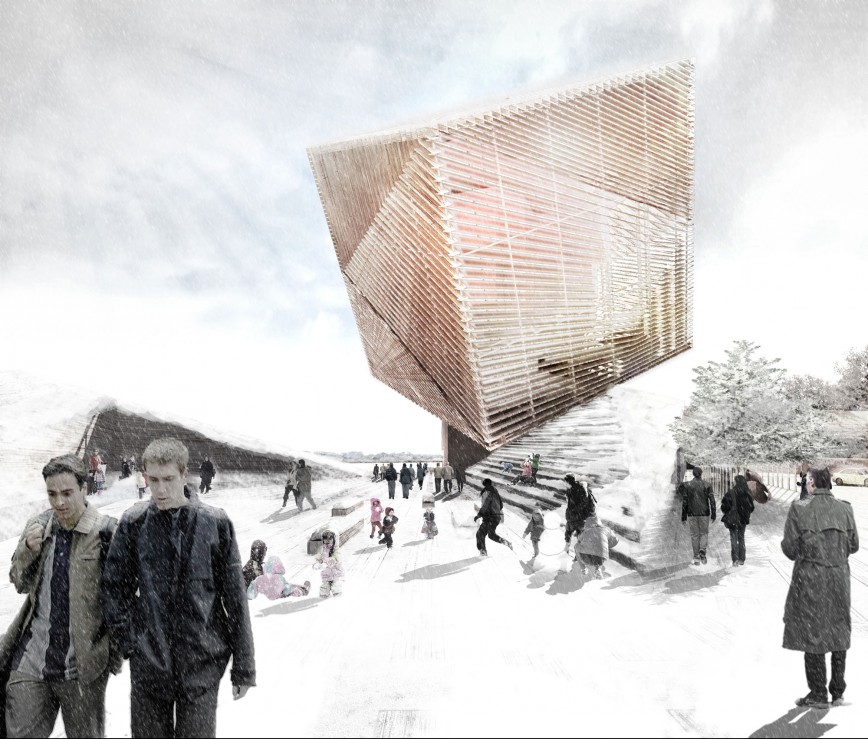 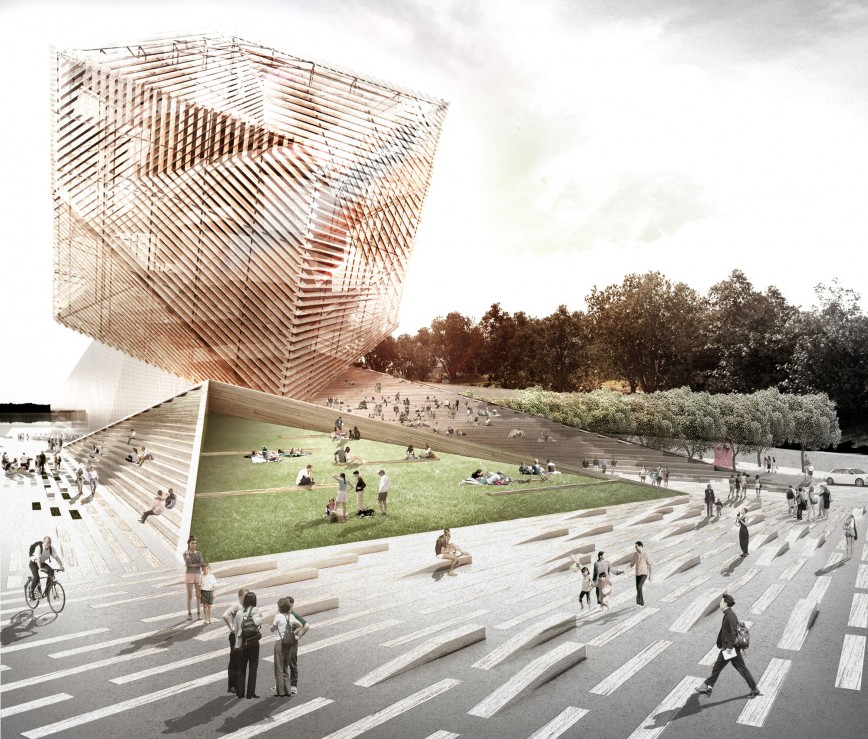 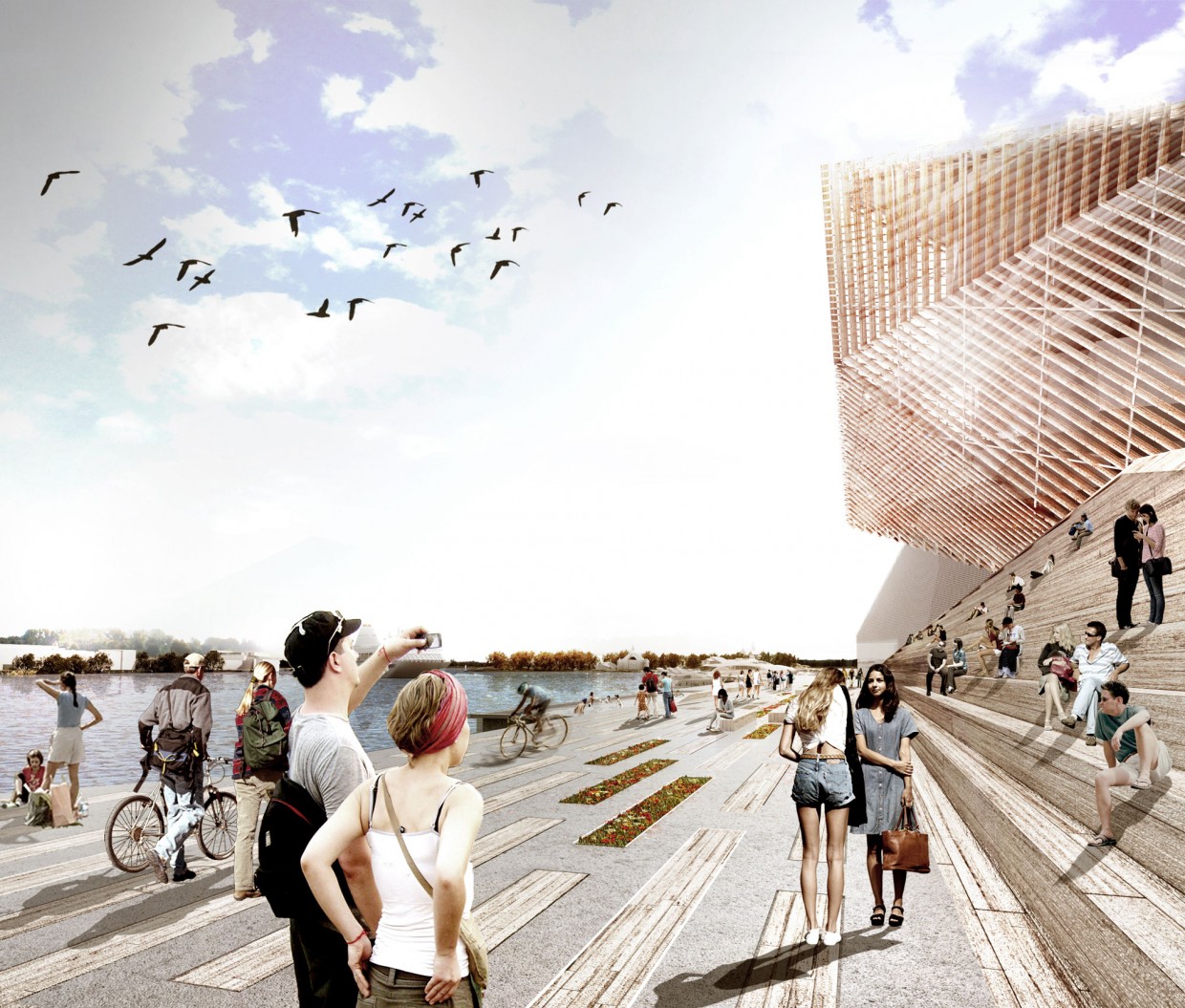