Hyper-Legacy challenges the development approach of sports complexes as mega-structures scattered on a large patch of land. It is true that this approach is often required to satisfy the spatial and operational re­quirements of holding the large sports events such as the Olympics. However, it is also true that carrying on this approach for the legacy mode does not yield the economic benefits to offset the cost of maintaining and operating the complex. Furthermore, sta­diums are one of the least sustainable building type that exists not only because of its massive initial construction efforts and long term maintenance costs  but also because if it’s sporadic usages throughout the life cycle of the building. Simply put, a sports complex consisting of stadiums on a large park cannot generate sufficient funds to sus­tain itself. Therefore, we believe that the fundamental shift in the development approach which can maximize the usage of the complex throughout the year is essential for regenerating a post-event sports complex.

The key strategy for maximizing the usage of the complex is to break away from the isolated park approach and introduce a high-density, mixed used development approach. The high-density development strategy enables the complex to contain a critical mass of programs such as entertainment, commercial and cultural which can constantly attract visitors throughout the year. The lost potentials of the current open space surrounding the stadiums due to the elevated density can be restored from the development of Han River and Tancheon waterfront. The mixed-use program can not only attract a multitude of visitors at different days of the week but also serve as the basis for introducing additional anchor tenants to the site. With the combination of new anchor tenants in the office and residential buildings as well as the visitors to the commercial, entertainment and hotel facilities; the complex will be occupied 24-7, throughout the year. 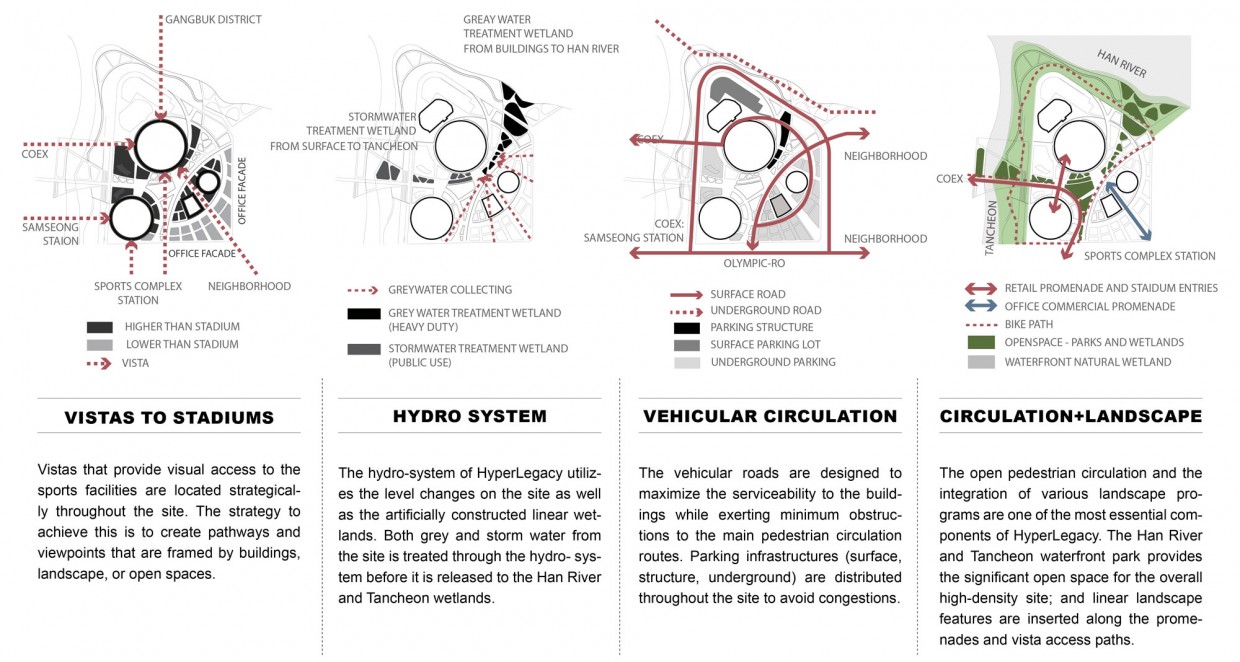 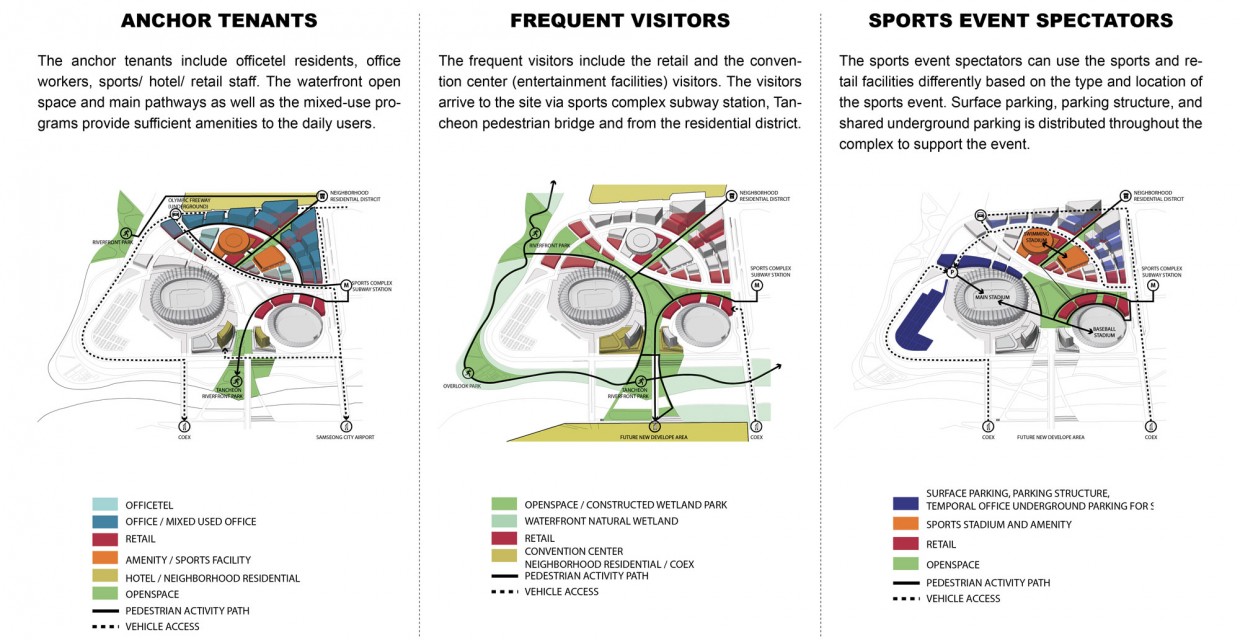 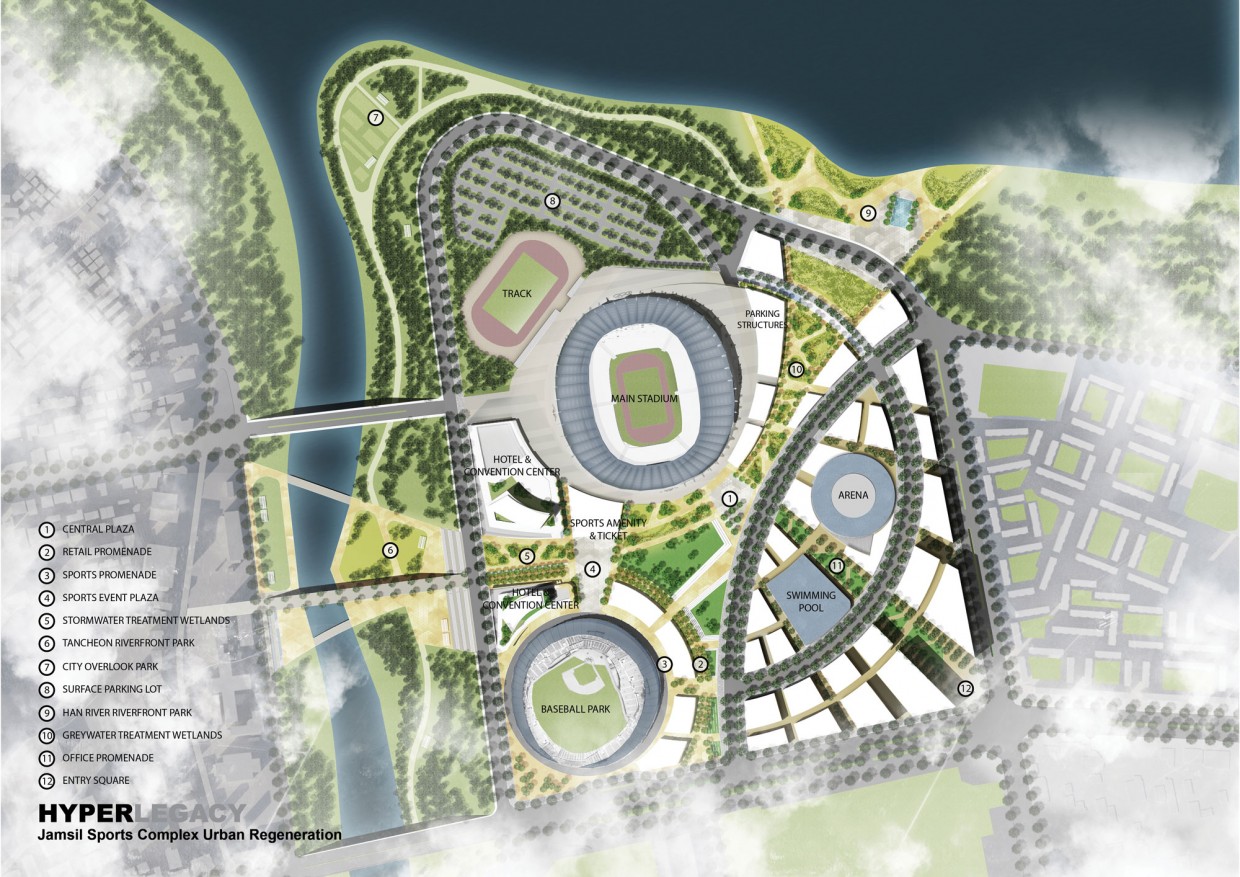 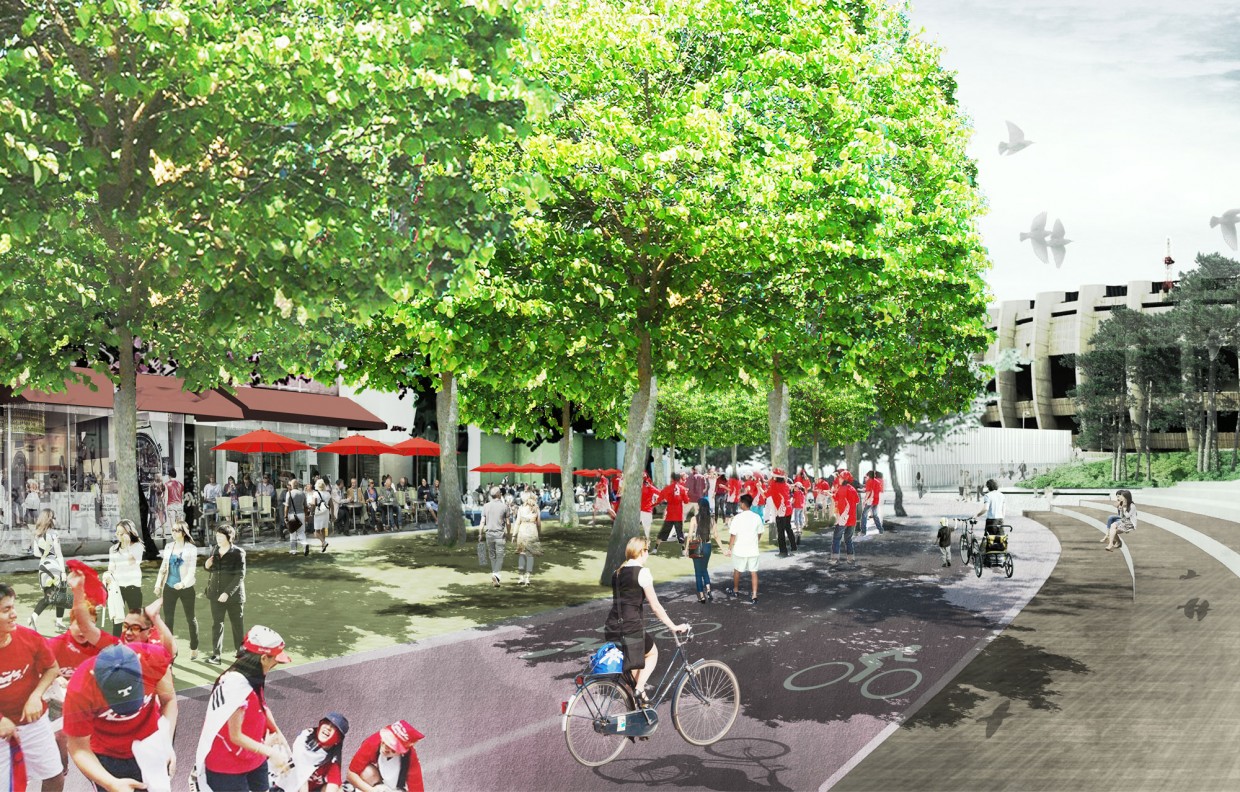 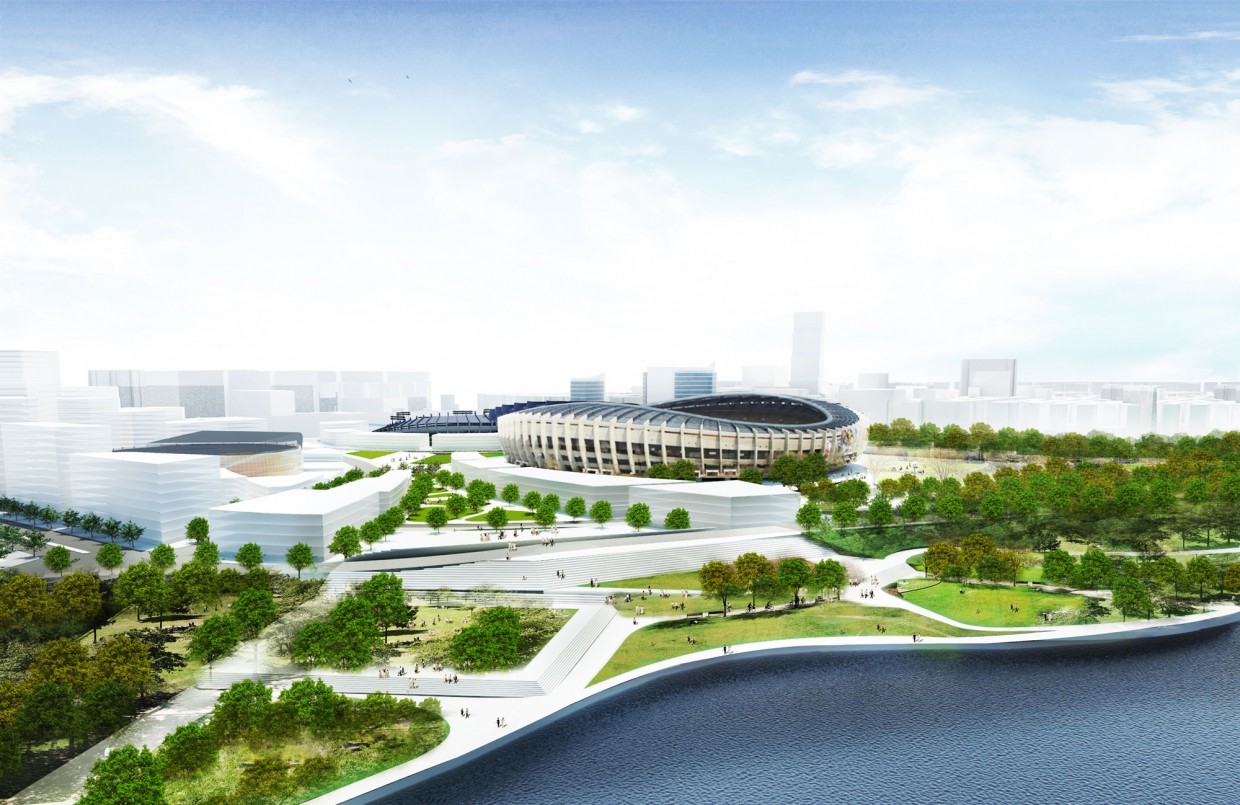