Ocean Hyacinth is a network of floating tidal marshes that will purify the contamination caused by the ship breaking process. During the continuous tidal water exchange on the Ocean Hyacinth, the combination of various soils, plants, animals, and bacterial will not only filter and break down the contaminants from the sea but also form a tidal marsh ecosystem. In addition to revitalizing Alang’s natural costal ecosystem, we also propose the Ocean Hyacinth to become a platform for aquaculture facilities, tidal power generators, and lighthouses.

Costal Pollution: The contamination of estuaries poses a major threat to the costal ecology since these waters need to server as a nursery zone for many fish species and shellfish populations (e.g. shrimp, oysters, scallops and crabs). In this milieu, this project focuses on the severely broken costal site caused by the ship breaking process.

Ship Breaking: Ship breaking is a process of dismantling, recycling, and disposing of retired ships. Although there are a significant amount of materials that are reusable, recyclable, or safely disposable; significant amount of hazardous substances and chemicals are also released to the ocean.

Site: Alang is a small coastal town in Bhavnagar district in the Indian state of Gujarat, India. Approximately 10 km long sea front on the western coast of the Gulf of Cambay adjoining to Alang-Sosiya village (50km from Bhavnagar by road) is developed as the largest ship recycling yard in the world. 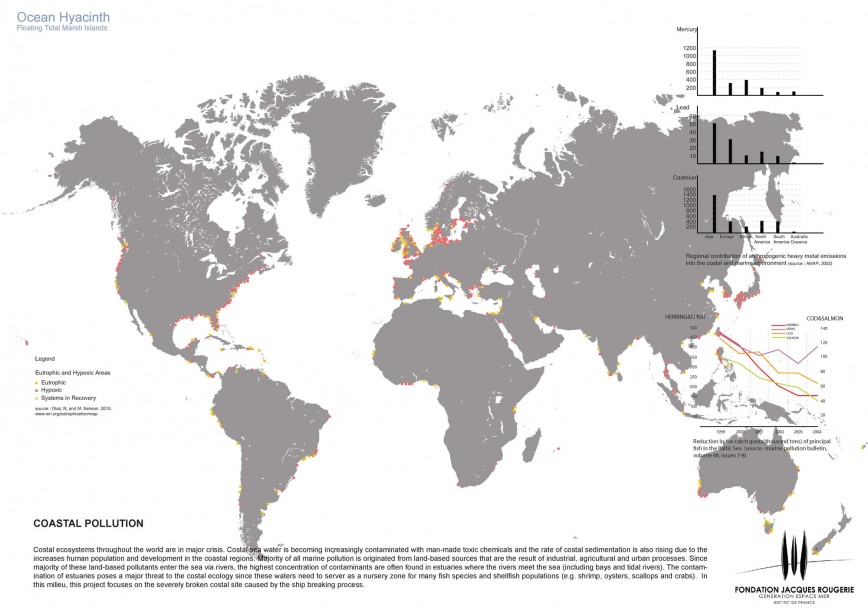 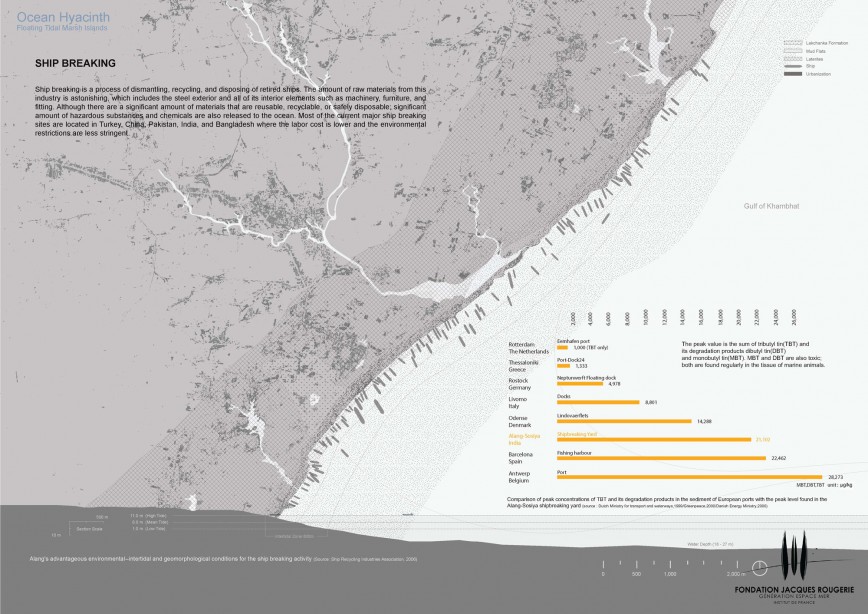 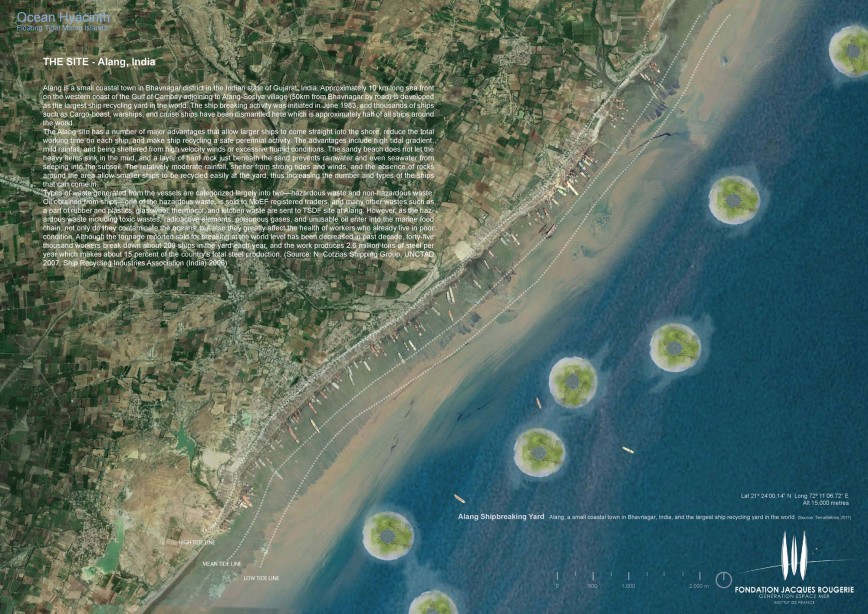 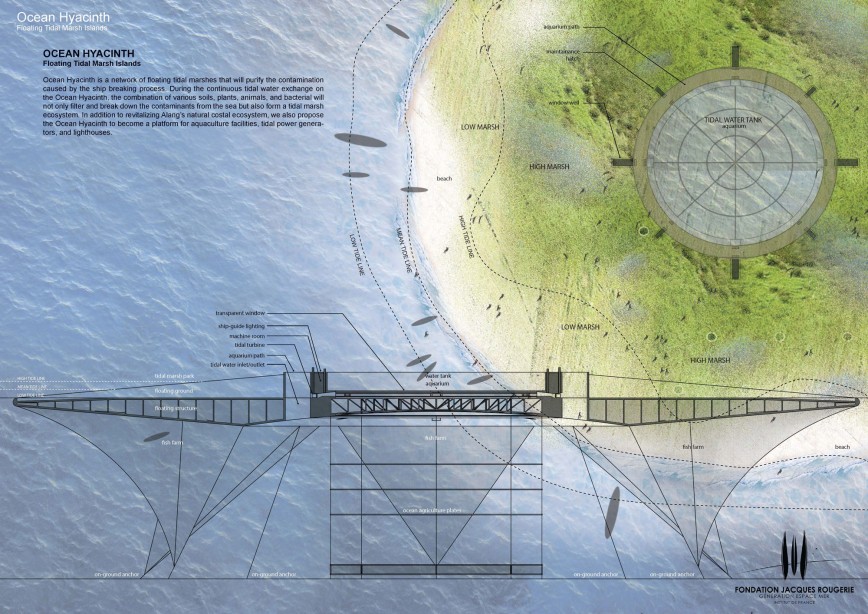 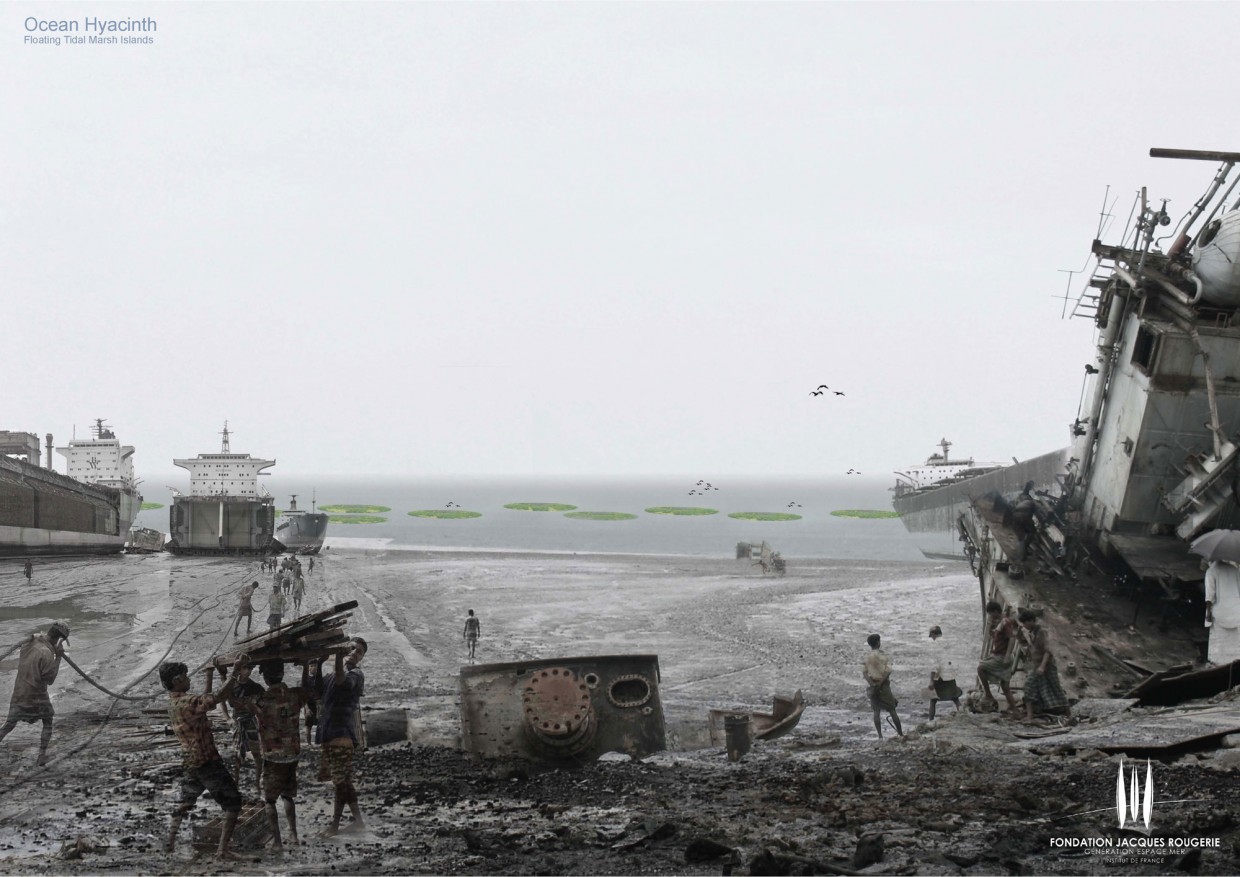 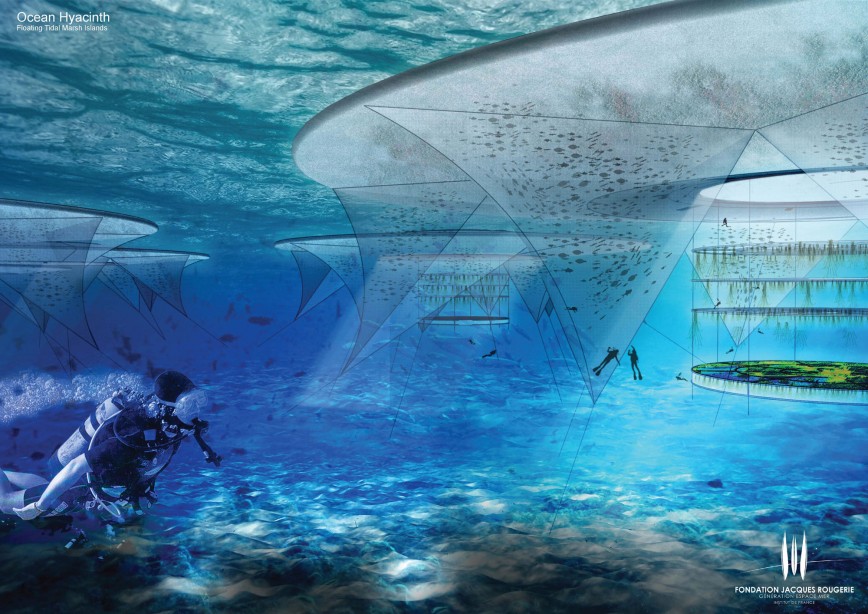 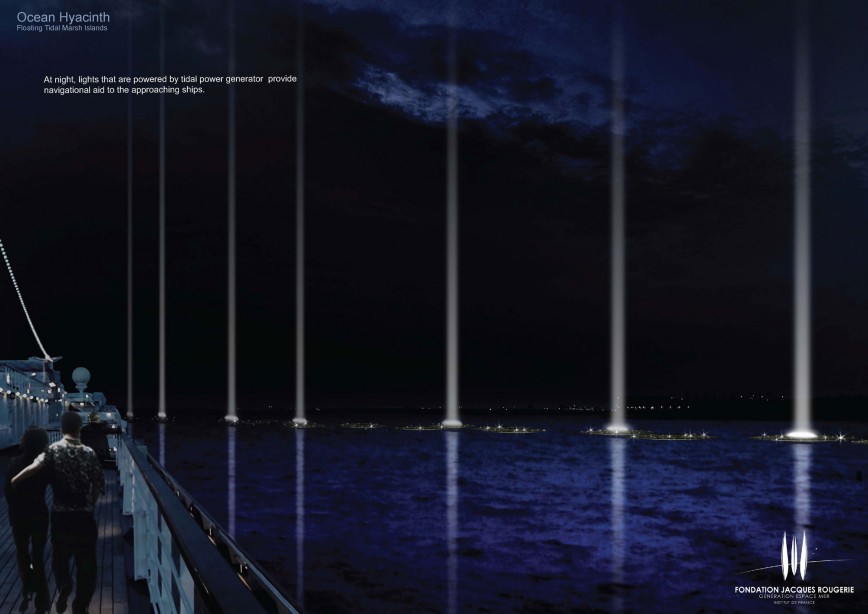 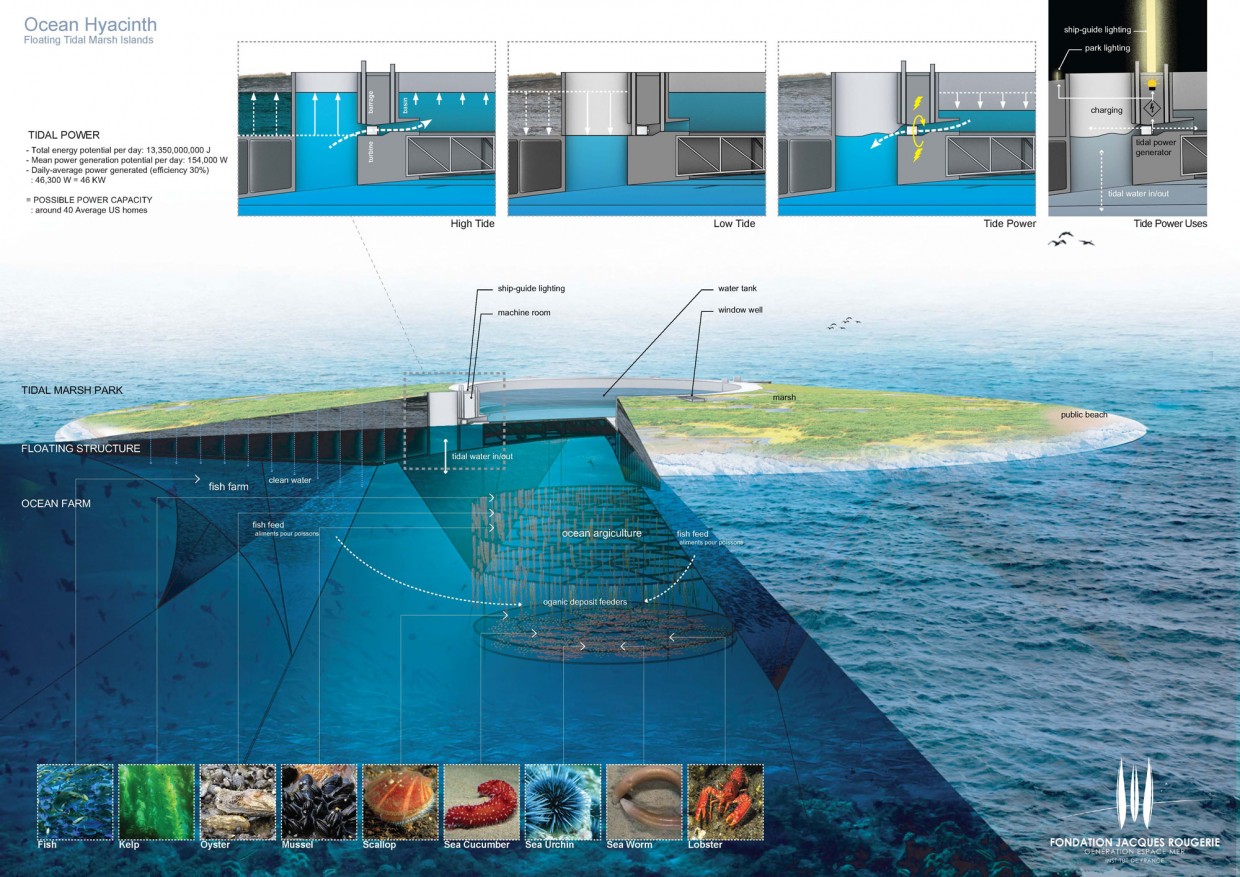