T.48507 transforms the present gloomy yet dynamically reshaping Downtown Flint into an animated space and icon for active civic engagement. T.48507’s design emphasizes transformation overtime and is inspired by Flints historical automobile industry. It essentially accentuates the operations, adaptations and playfulness of the nascent transformations occurring in Flint.T.48507 is made up of components and assembly methods inspired by the automobile industry. Main steel frames resemble automobile chassis which make up light and stable independent components. These components are then assembled in such way which are activated by simple hydraulic movements which are simply rented rather than being permanent part of the installation. Furthermore, another automobile byproduct, recycled tire is incorporated into T.48507 as shading and surface treatment, which incorporates various densities of perforations in it, reinforcing its shading performance and visual identity.

When T.48507 is in rest, its form is a simple clear solid that provides legibility to Downtown. It’s illuminated compact vertical design fits into a single car park and is carefully orientated within the parking lot to provide clear legibility to both pedestrians and passengers in traffic, day and night. The bold graphic manifestation of the ZIP code 48507 is part of this intention. When T.48507 is open for events, porous surfaces and spaces stimulate optimal conditions for openness diversity and unexpectedness. This active architectural and urbanistic inclusion encourages citizens and visitors of Flint to perceive and experience Downtown in a manner that they have never done before. 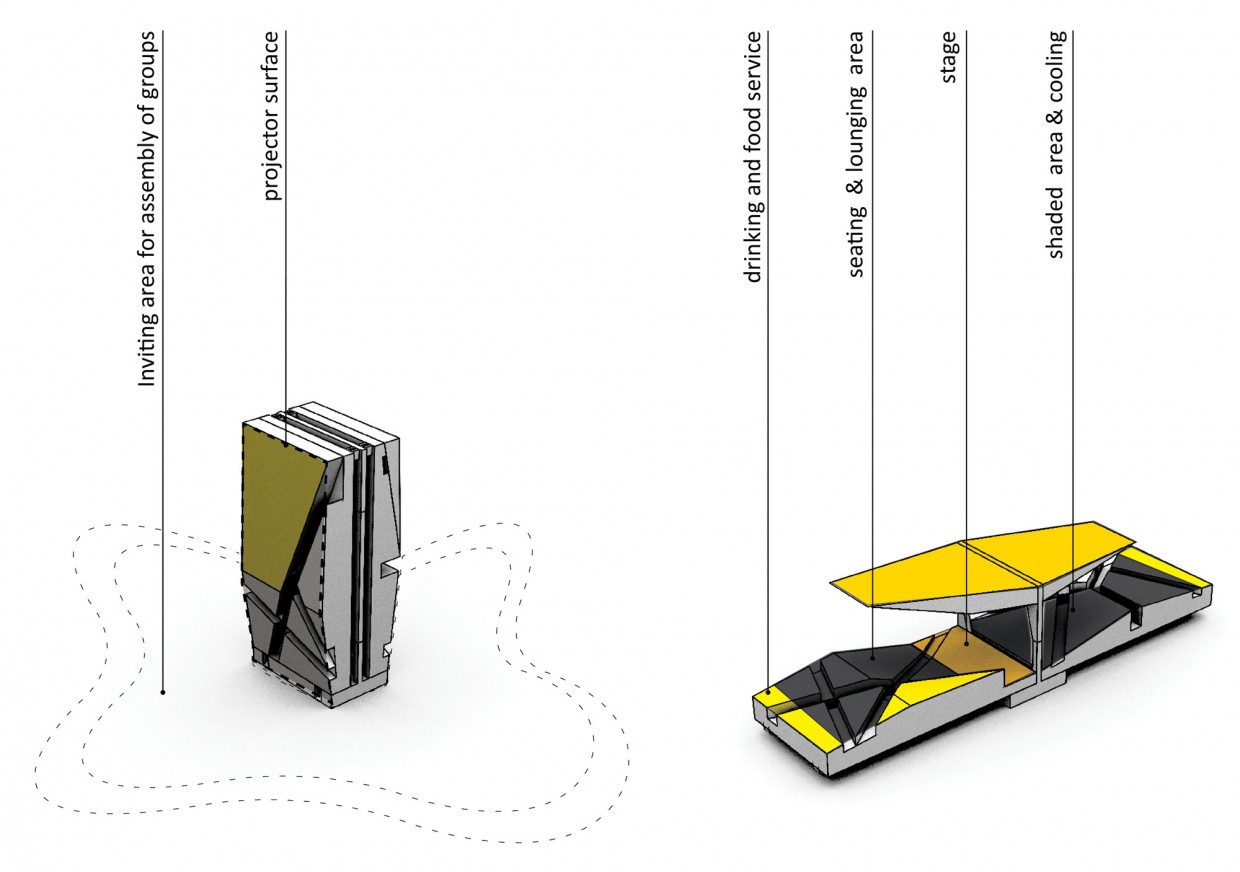 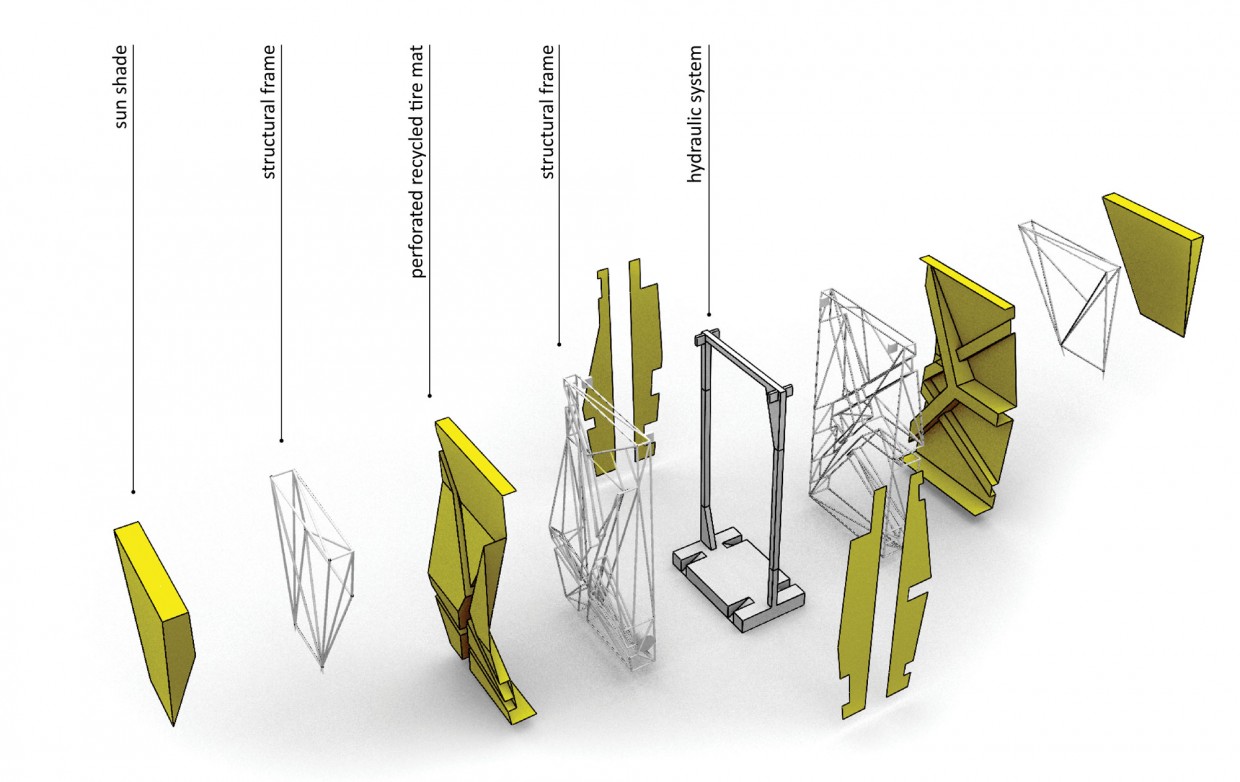 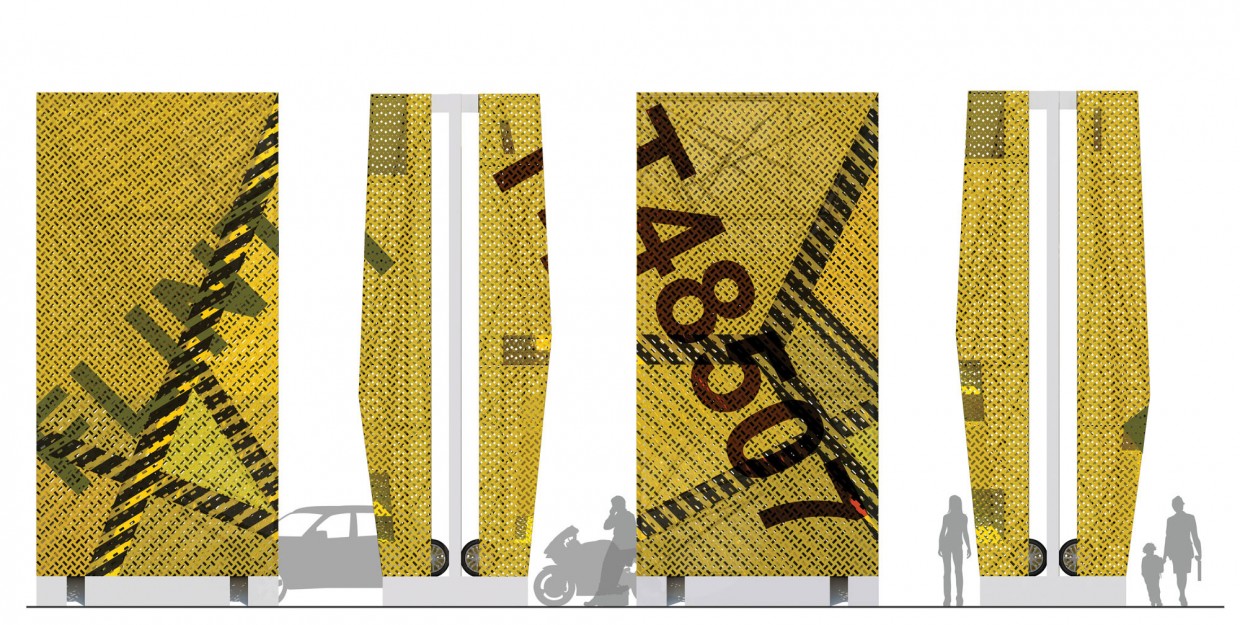 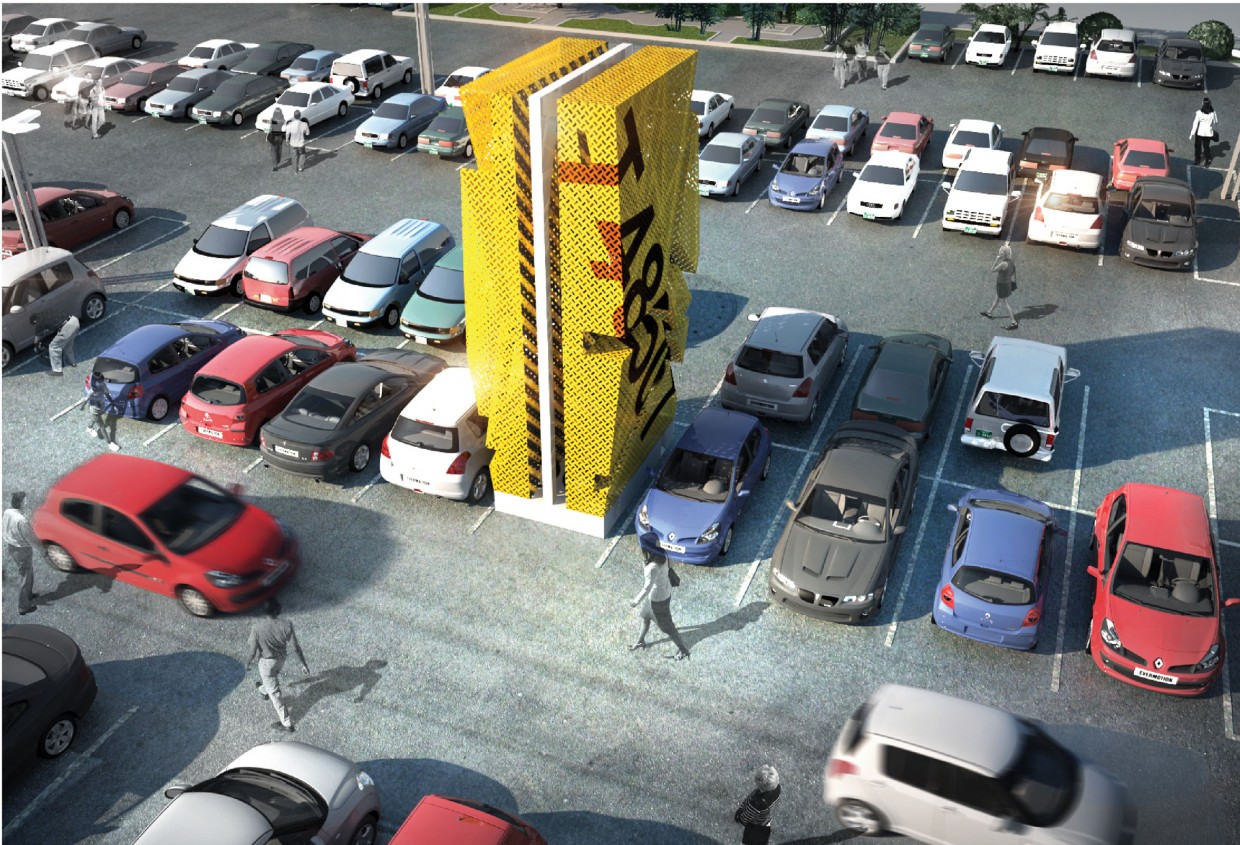 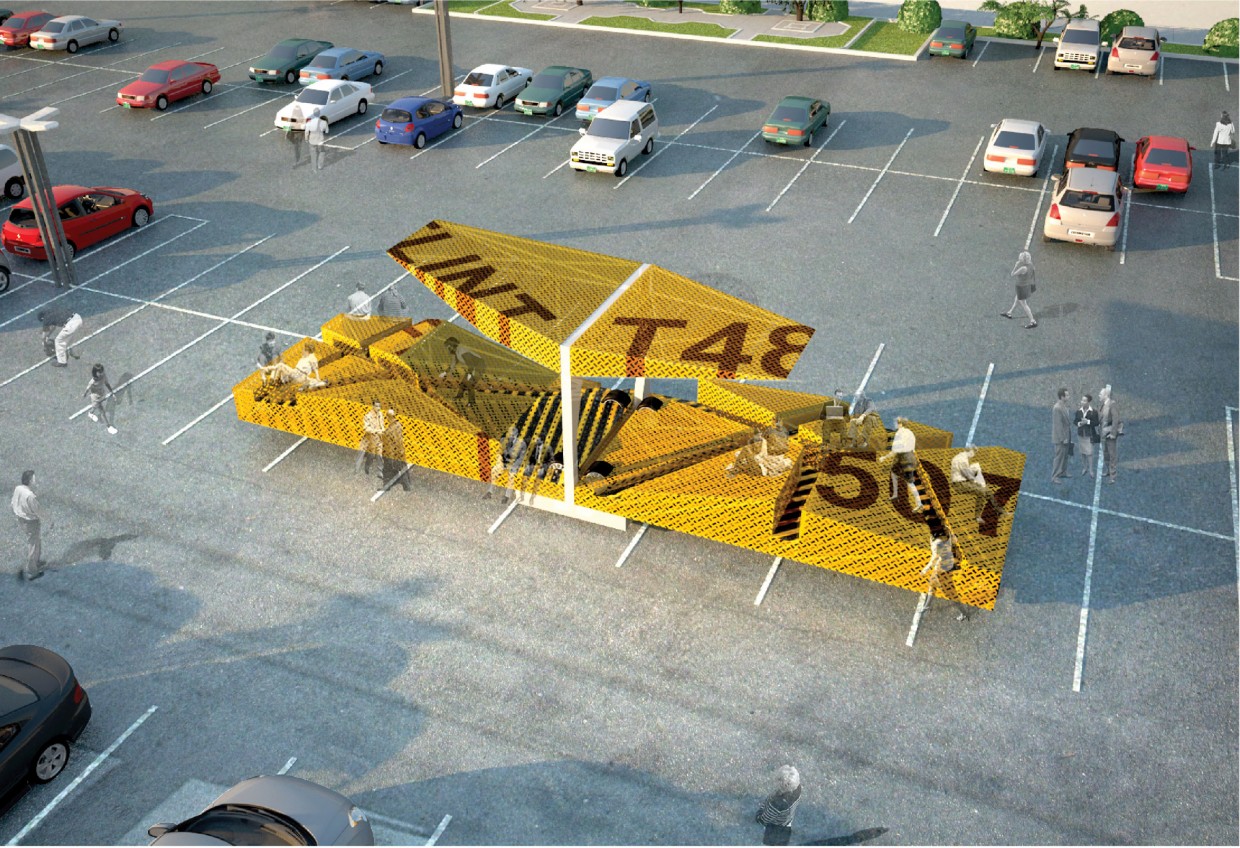