PROJECT DESCRIPTION
Soil is still used as a building material in many parts of the world, especially in rural areas. Approximately 30% of the world’s population is still living in shelters made by soil (Berge 2009). One of the techniques is using soil in mudbrick form, which is sun-dried instead of being fired in kilns. However, mud bricks have low compressive and tensile strength. Instead of enhancing the mix formula, we focus on designing the geometry of the brick itself to improve walls’ overall compressive and tensile strength. The goal of the research is to explore an innovative way to build masonry walls through geometrical examination together with computer-aided design. Unlike traditional horizontal laying of the rectangular brick elements, 3D designed blocks take advantage of gravity and foster an accelerated assembly without mortar. They create a balance point in the middle of the wall during the construction. The geometry of V-INCA blocks allows dry construction which will reduce the amount of time spent on the site. Load distribution and the friction between two surfaces are sufficient to have a dry construction. Thus, a wall built with V-INCA is stronger intrinsically due to its geometry. 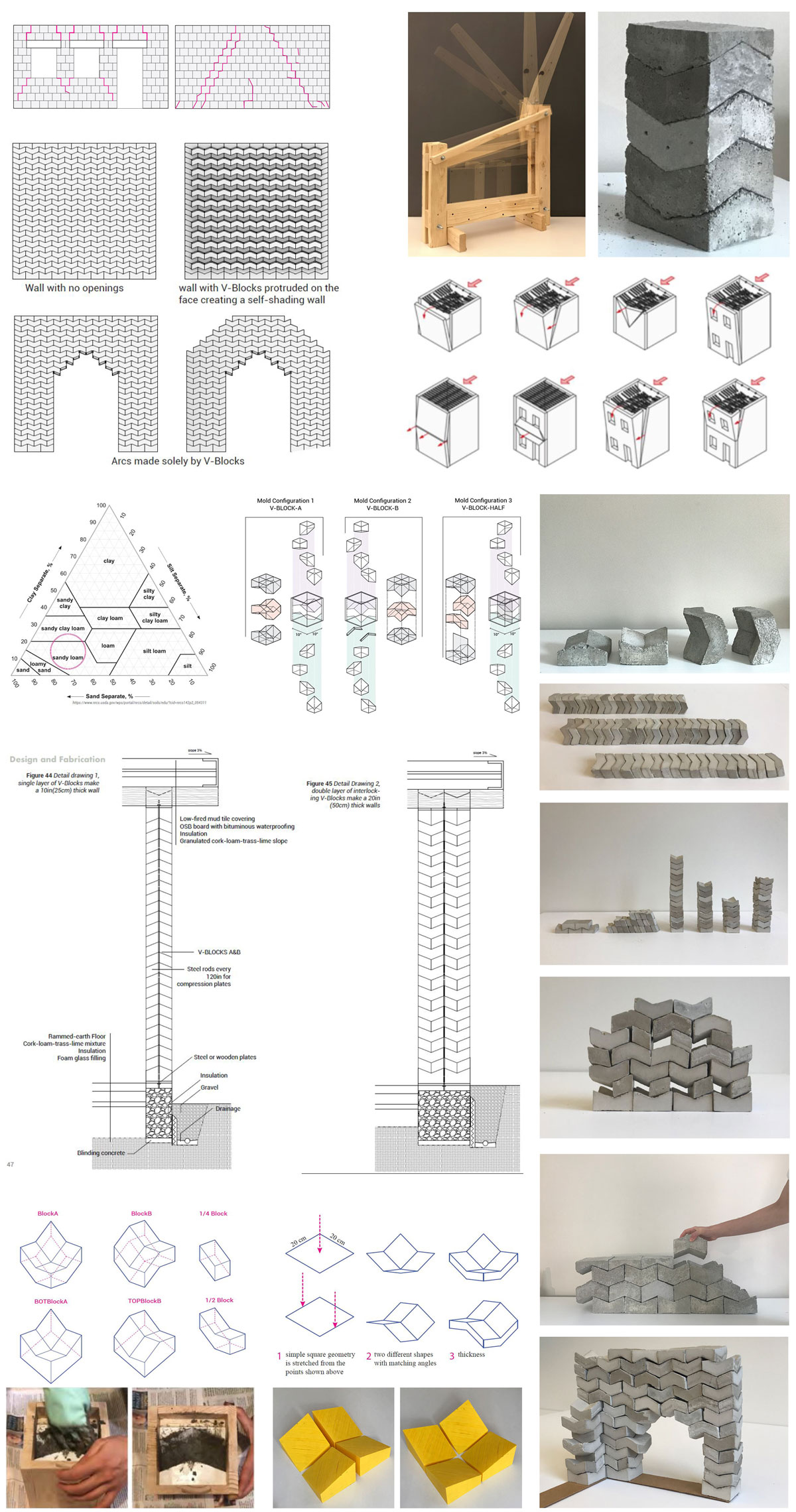